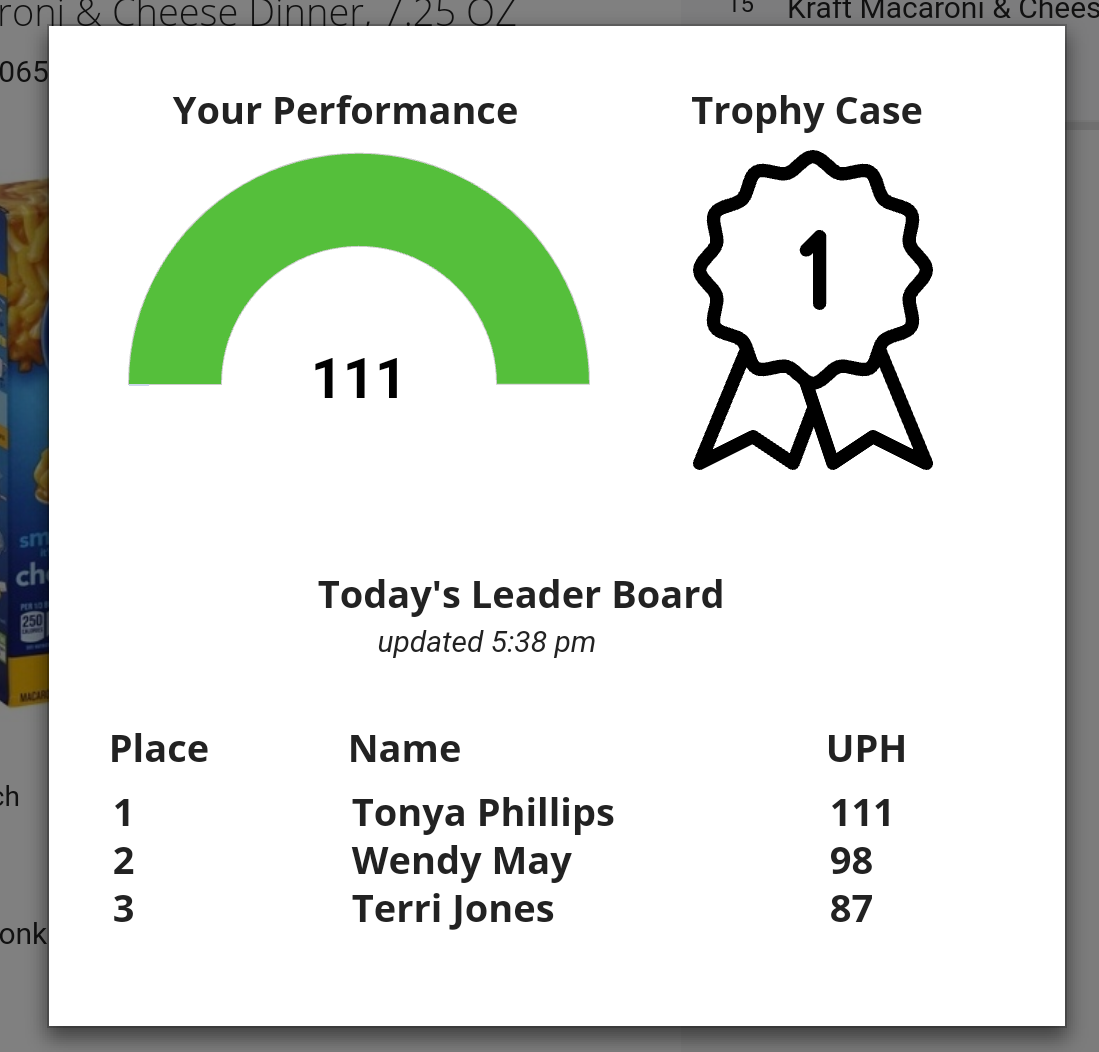 ShopperKit understands the importance of ensuring that your store associates are shopping orders as efficiently as possible. While the existing Units Per Hour (UPH) labor reports are valuable for providing employees with feedback based on historical performance, they are not useful for answering the question of "How's my performance today?". To that end, ShopperKit is pleased to announce the release of our of real-time performance metrics feature. At the center of this feature is the UPH gauge. Like the speedometer in a car, the UPH gauge will provide shoppers with up-to-the-second picking performance feedback, however in this case the goal is to go as fast as you can. The UPH gauge appears in the header section of the Shopping screens. When a shopper starts slowing down and falling behind the defined UPH goal rates, their gauge will begin to turn red indicating that they are falling behind. As they approach goal rate, the gauge will begin to turn from red to yellow until they hit and exceed goal at which point the gauge turns to bright green. While providing visual feedback is valuable on it's own, we took this a step further. By tapping on the UPH gauge, your shoppers will be able to see a larger representation of the gauge, along with the top three performers of the day. If the shopper's own UPH qualifies them for spot in the top 3, they will have earned a badge, visible in their virtual trophy case.

Rather than requiring customer to announce their arrival by antiquated call box or by coming into the store, ShopperKit now helps automate this process while adding an additional level of convenience to your customers. Now when your completed and settled Pickup orders come within 60 minutes of their scheduled pickup time, ShopperKit will automatically send a SMS text message to the customer's mobile phone, informing them that their order is ready for pickup. Customers may respond to this message with OMW to indicate that they are on the way to the store or HERE to indicate that they have arrived. When ShopperKit receives these messages, a distinct sound will be played on all logged on tablet devices in the store. In addition to the sound, a notification containing the customer name and order number will be displayed on all tablets informing your store associates that the customer has arrived or is on their way. This message will persist on the screen until dismissed by the user.

By default, this feature has been disabled. Please contact support@shopperkit.com to enable this feature for your account. 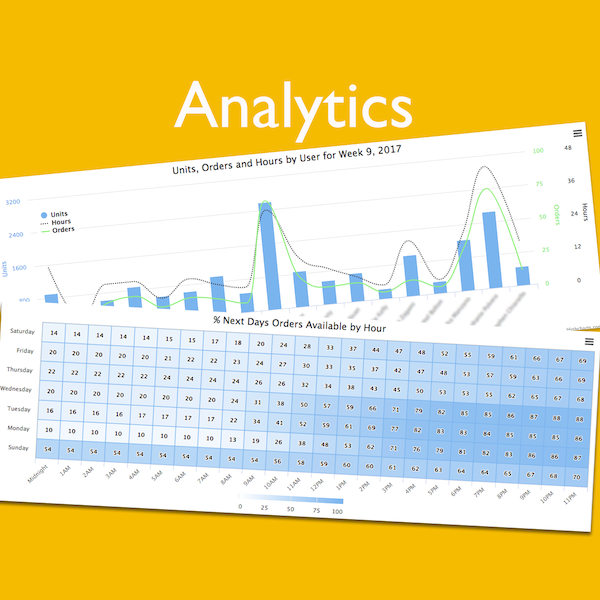 With this release, we are introducing two new Labor and Planning Reports.

The first new report, labeled "% Next Days Order Avail by Hour", is a heatmap type report that shows you by hour for a given day, how many of the next days order are in the system. The intent of this report is to give customers who leverage Pre-Picking better data regarding how best to schedule labor for pre-picking orders.

The other new report is labeled "Units, Orders & Hours by User". This labor report will show by user, the total number of units picked, orders picked and hours logged for the specified time period. This report should be used in conjunction with the Pick Metrics by User Report to better understand an associates UPH results.

In addition to these new reports, we have optimized all of the reports to improve performance across the board.